La caza is an ugly piece of work with the visceral authenticity of a snuff movie. While the Hollywood film culture is driven by the Gun Drama, this is the only film I’ve ever seen that truly deserves to be in the genre. The four men are defined by their guns: Jose and Paco, vets, businessmen, uneasy friends, use double-barreled shotguns, their chambers sheathed in silver plating, the ornate scrolls like the new-found pedigree of their wealth. Luis, vet, the business partner of Jose and science fiction aficionado, has a sniper rifle, its telescopic site clearly designed for targeting humans, not rabbits… aliens, not Spaniards. And young Enrique is armed with his father’s pistol, a German Luger from the Civil War…. Like all exercises in human realism, the humour is in the bizarre, the madness in the detail. And these men are mad. When they arrive in the arid river valley and begin setting up camp, Luis tells Enrique: “Many died here — it’s a good place for killing.” In a metaphor for this valley of death, much of the rabbit population has been destroyed by myxomatosis, a disease introduced by humans to control the “rabbit invasion”. 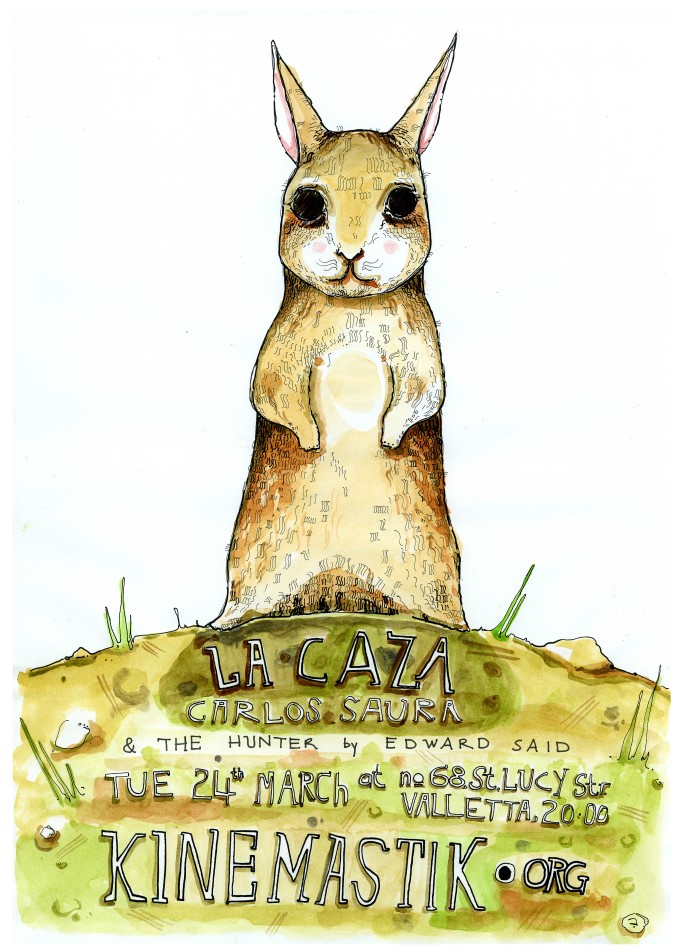