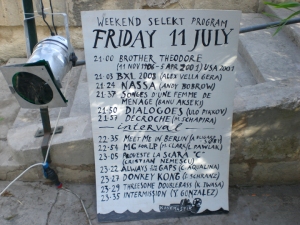 A guy comes to the bar at gardjola and says to the bar girl: “I like those lamp shades in your eyes, makes me feel like I’m in a blog.” 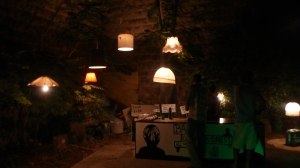 People enjoyed the films despite some strong winds which at times made the screen breathe in and out. 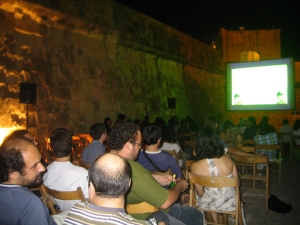 One of the films shown was Nassa by Ken Burns.

In the meantime, down on Earth, the voting ballot box was being closely watched… 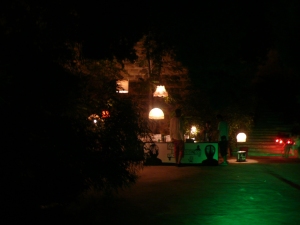 Andy Gately of Austin Underground Film Festival traveled from Texas to Malta to be here for the fest and helped us set up and run this year’s festival. Big blog thanks Andy. Angelica made millions of sandwiches that fed the hungry, the poor and the rich. Thanks to you too. 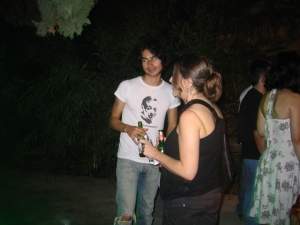 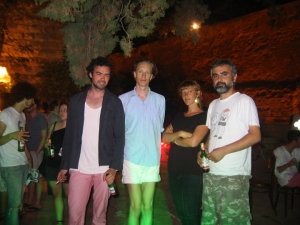 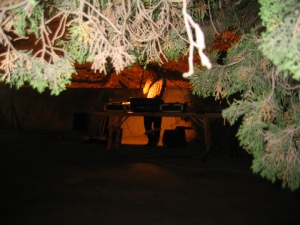